Under the banner of the South East Queensland Symphonic Winds (SEQSW), we have two musical groups.

SEQSW is a 60-piece ensemble, whose members range in ages from 16 to 80, all with something in common – we love to play music. This mix of ages, all with the musical skills necessary, makes for a dynamic and robust ensemble.

The South East Queensland Big Band which began in 2016, is led by Mrs Sharon Bunce. This is a classic big band in the true sense, comprising saxophones, trumpets, trombones and a rhythm section. The big band plays everything from jazz to blues, swing to Latin, and a bit of rock n’ roll.

Both ensembles create an environment where players can hone their skills and interact with other musicians in a fun and friendly atmosphere.

We perform regularly throughout the year with major concerts at the Sandgate Town Hall, on the main stage of the Queen Street Mall and at local community events including for the Brisbane City Council Bands in Parks program and the Sandgate Uniting Church Christmas Lights Festival.

We are always open to new members, and welcome musicians of all ages looking to join a high standard ensemble. 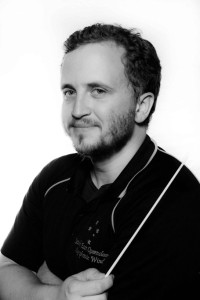 Adam has been playing music since a very young age, starting with the clarinet, and moving onto the piano, the saxophone and in the past several years, taking up singing as well. He has performed with a diverse range of musical ensembles including orchestras, concert bands, jazz bands and smaller ensembles, and has been an active member of the South East Queensland Symphonic Winds since 2007, starting as principal clarinet.

Having graduated with a double degree in law and business, in addition to his long history of musical experience, Adam is well suited as our current President.

Adam became Acting Musical Director of the South East Queensland Symphonic Winds in 2014 and was appointed to the role in 2016. 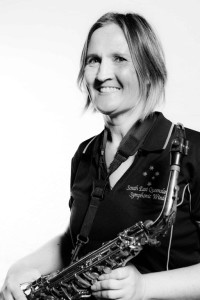 Sharon has been playing music and performing from a young age and has taught classroom and instrumental music in Victorian secondary schools and privately. She has played in saxophone quartets and jazz bands, the Percy Grainger Wind Orchestra, Boroondara Symphonic Band, and has conducted concert bands and small ensembles. Sharon  has been a South East Queensland Symphonic Wind member since 2012. 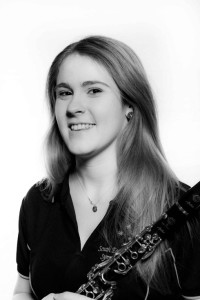 Amy has been playing both the clarinet and tenor saxophone since she was a child and appreciated the extension that the South East Queensland Symphonic Winds provided her after high school. She has been a member of the band since 2009, predominantly on clarinet with the occasional dabble in auxiliary percussion. 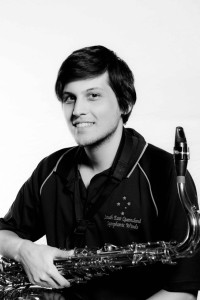 Theo has been playing the saxophone since 2000 and is currently playing tenor. He has been involved with SEQSW since 2006 whilst still at school and became a member of the band in 2009. 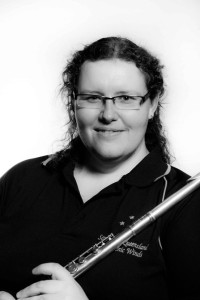 Kirsty is a long standing member of the band, having joined in 1987, and has seen the band develop over the years into the ensemble it is today.  She is primarily a flute player but has branched out into various percussion roles over the last 10 years and also sings for us on occasion. 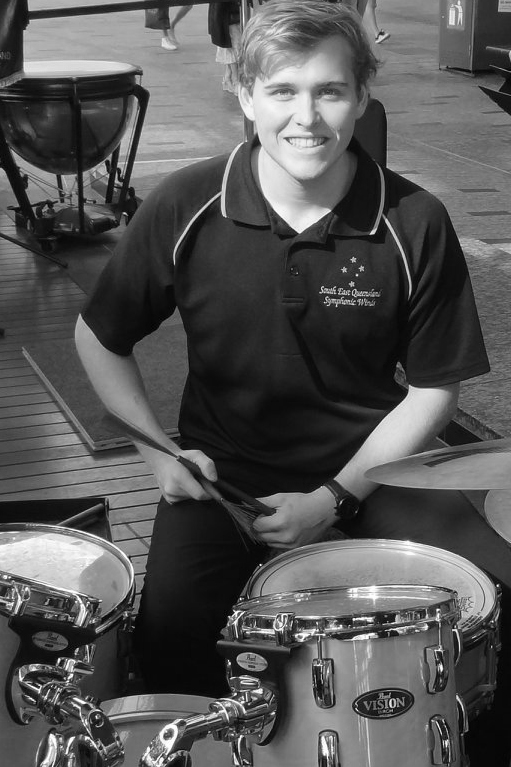 Brandon is currently the band’s Equipment Manager and is responsible for the care and monitoring of the bands assets. 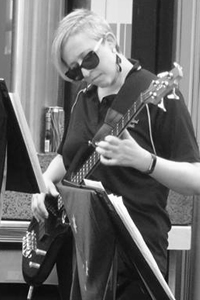 Rebecca started playing piano at a very young age before taking up clarinet, saxophone, bass clarinet and bass guitar. She joined her first community band whilst still in high school and over the years has played in a number of ensembles including concert bands, orchestras, quartets, swing bands and pit orchestras, both locally and internationally.

Rebecca joined the South East Queensland Symphonic Winds on bass clarinet in 2015 and was appointed Promotions Officer in 2016. She has already put her professional web development skills to use with the new SEQSW website launched in 2016. 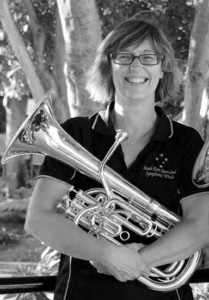 Mel has been playing the piano since the age of five and later took up the clarinet and trumpet in high school.  She switched from trumpet to euphonium / baritone in 1985 and played with Brisbane Brass for several years before joining SEQSW in 2016.